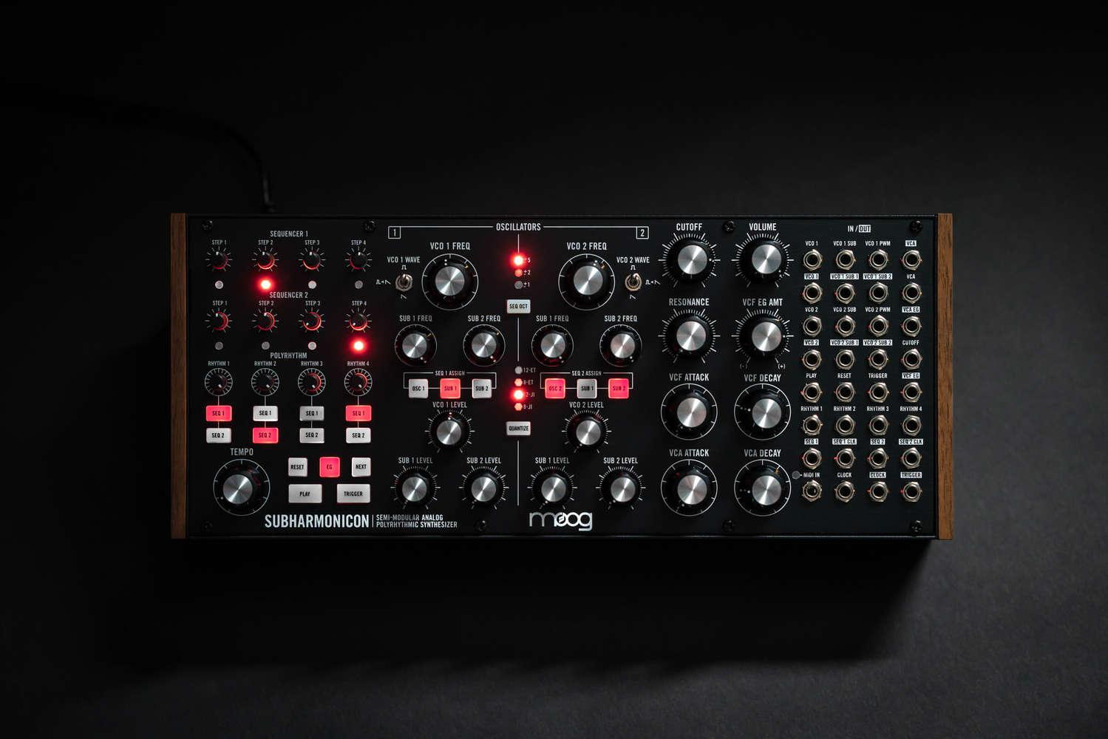 Asheville, NC, March 8th, 2022 — Firmware v1.1.0 introduces a host of updates and new features for Subharmonicon owners. Among the most notable include the addition of new MIDI features as well as a important bug fix that addresses sequencer clock behavior. View full firmware release notes at LINK.

In addition to this firmware update, Moog is providing a collection of new educational and creative tools for Subharmonicon owners to get the most from their instrument. Get started with patching techniques, explore deeper synthesis concepts, and understand full patchbay functionality in a new guide titled “Patching with Intention.” Plus, a new book of 10 unique Subharmonicon patches is available to explore. Both are free to download here on Moog’s website.

The fifth and latest entry into Moog’s semi-modular “Interconnectivity” series showcases a few of the new features included in this latest firmware update with Subharmonicon integrated alongside Matriarch (Dark Series). Watch the performance here.

Keyboard Note Priority
​Note Priority is a common feature on monophonic synthesizers; since they can only play one note at a time, they need a rule for which note to play when more than one keyboard key is pressed at the same time. You can now use MIDI CC 91 to set Low Note, High Note, or Last Note priority on Subharmonicon in order to determine which notes it will follow when being controlled from a MIDI keyboard.

TRIGGER Behavior
​When the Envelope Generator is latched (EG button is blinking), the TRIGGER button and signals received at the TRIGGER input jack are ignored. Previously, if these TRIGGER functions were activated while the EG was latched, the VCF and VCA envelopes would jump to their decay phase and fall to zero, and subsequently not be triggered by the internal sequencer. The EG would have to be unlatched and turned on (EG button solid red) in order to respond to sequence triggers again.

The full firmware release notes can be found HERE.

To learn more about this update and download the latest firmware for your Subharmonicon, visit moogmusic.com.

More about Moog Music
​Moog Music is the world’s leading producer of theremins and analog synthesizers. The employee-owned company and its customers carry on the legacy of its founder, electronic musical instrument pioneer Dr. Bob Moog. All of Moog’s instruments are built with love inside its factory in downtown Asheville, North Carolina. Learn more here.